It isn't often that a country boy like myself actually gets to the Big Mikan, but today (Oct. 6), once I'd sowed my six rows of spinach, I hopped on the train. Read my "Kameraman" magazine on the way down, in anticipation of offloading a bit more money at Yodobashi in Shinjuku - my new hobby, you see. Magazine confirms my theory about photography: people will look at any picture if it's got scantily-clad women or backlit leaves in. Usual frustrations of reading Japanese magazine articles - I can't understand the "English" expressions. Well, I can just about understand furendorii na price, but when young girls are being photographed at a festival, along with piisu sain, what's this eggu poozu they're making? I first misread it as "egg box", but no, "egg pose." Huh?? No idea. Anyway, once I'd done my films-and-filter-for-filthy-lucre swap, I set off to find the venue of a business seminar in the Canadian Embassy in Akasaka.

At the appointed hour (seven o'clock), Philip Greenspun, author of "Philip and Alex's Guide to Web Publishing" started his talk on, well, Web Publishing. How to use the web to share and spread ideas, why anyone should do this, the key to fame and success is content and thinking about the visitor's point of view. Stuff like that. I'd gone for two reasons, really: I thought it would be very interesting to hear Greenspun in the flesh, since I've read quite a lot of his writing on the web, and I was intrigued to see quite how someone was going to manage to provide (consecutive) Japanese interpretation of such a talk. My prejudice is that interpreting subject matter like this is almost impossible, and I have to say that I didn't come away with this conviction shaken. For example, Greenspun mentioned the interesting idea that the communications connectivity of society shapes the kind of communities (companies) that can function. What does this mean? Before the telephone, group communication required attendance in the same room, so it was generally impractical for a company to consist of more than about forty people. The internet now means that communities of hundreds of people can happily communicate on a daily basis, even though they are scattered around the world. (The Honyaku Japanese/English translators' mailing list I belong to is an excellent example.) It seems to me that expressing an idea like this, and distinguishing it from the usual vacuous Internet hype, is extremely difficult. Greenspun has obviously thought for a long time about how to say it, and indeed has doubtless practiced by giving similar talks before. To interpret such a comment off the cuff requires not just the relatively trivial ability to speak a couple of languages, it means you have to be even faster than Philip Greenspun at seeing how to explain it. So it didn't come as a surprise to me that like a number of other points, this came out basically as "In the future, society will change in various ways." I hope I'm not misrepresenting anyone here: I'm certainly not saying I could do better. After all, here I am with all the time in the world to type, and I've still made a fair hash of describing it above, even though I'm only going from English to English having forgotten Greenspun's exact words,

Perhaps inevitably, photo.net kept coming up as an example, naturally of a well designed site. As he says, somewhere, the trouble is that the websites you know the best are always the ones you built yourself. And this isn't egotism: photo.net (curious how I pronounce this "photo dot-net[rising tone]" while he seems to say "photodot[falling tone] net") is a fantastic resource for every decision you will ever have to make about buying camera equipment. Yet, again, its strength comes from a relatively subtle design point: the content is not just Immutable Truth written by an Expert, it's the collaborative suggestions of a community of contributors. (This is also why this "community" tag really is a useful description, and not just more hype.) Unfortunately, it seems impossible to describe the effectiveness of this approach to anyone who hasn't experienced it. In the questions afterwards, someone asked how you ensure that contributions are "correct", but of course this isn't the problem, since gross errors normally receive a barrage of correction. As Greenspun says, the real problem is keeping the questions in line.

The cost of attending this talk was interestingly unusual: one had to purchase a copy of said Guide to Web Publishing. Now this may sound like a "computer book", but if like me you think that computer books are to books as military music is to justice, or whatever it was that Groucho Marx said, let me assure that this is no such thing. Actually, it's two complete books, a text book and a picture book. Since you can read the text online, I won't try to review it - here are the pictures instead.

Preface: Ideas lead to dogs and classical architecture.
Chapter 1: Dead fish and monsters - we travel to Italy and New England.
Chapter 2: We travel again, to Disneyland, and Real Disneyland (Venice).
Chapter 3: Mammals include elephants, sheep, dogs, seals, monkeys, and MIT graduates.
Chapter 4: People build buildings, and sometimes have fun in them.
Chapter 5: Bra and panties is fine, though not when fighting a fire.
Chapter 6: The world of nature and people interact, and fishing bears analysis.
Chapter 7: We cross America, from New York to the desert.
Chapter 8: Urban activities segue into floral splendour.
Chapter 9: Venice, Venice. (What are "server legs"?)
Chapter 10: We go off to the seaside, and finally
Chapter 11: ... reach Alaska.
Chapters 12 to 14 take us to Sweden, though not for the beach.
Chapter 15: Alex has his photo taken, though others are also on the couch.
Chapter 16: Dirty bits are largely a matter of chemistry... but
Chapter 17 is bright and white. So much so, you need sunglasses. 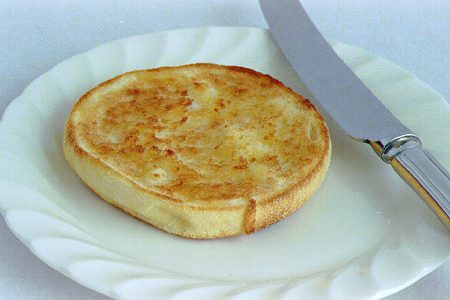